You are at the Eiffel Tower and want to get that perfect picture, a selfie with the tower in the background, just like the ones you see in the travel guides. But there is a problem. You find it hard to get the perfect shot because there are several thousand other people all trying to get their own piece of Paris, their own testament to visiting this iconic site. All seeking to find their own precious memory that says “I was there”.

The word souvenir conjures images of snow domes and key rings, tea towels and coasters, replications of monuments and sites; resized and made portable and available for purchase as a testimony of your visit. Souvenirs are available wherever tourism and its destinations may be found. But more than its role as a commodity, what other value is invested into the souvenir in all its forms? Other forms of souvenirs include our collections of photographs which pay witness to our journey and its iconic destinations.

My Masters of Arts thesis explored this question. The research focused on the transformation of an object from the state of mass-produced consumer item, to occupying a privileged status as a personal possession. It also looked at other kinds of objects that are invested in memory and nostalgia – keepsakes, heirlooms and gifts.

The power of the photograph as memento mori was also included as an object invested in meaning. But what place would a discussion like this have in our world of digital amnesia? This article seeks to explore the connections between analogue and digital artefacts and how hardware and software is now inscribing meaning into our lives.

Through an investigation into the social relations that distinguish the souvenir, how can we investigate and define these characteristics to theoretically position the object in relation to its possessor or owner? In a contemporary context, this brief essay explores how our relationships with objects have changed, acknowledging that the technology in our pockets might now be the penultimate fetish object, embedded with nostalgia through the memories saved, the relationships that contextualise those memories and the experiences worth remembering.

The selfie
How are perceptions of self-identity, temporality and the experience of a place or moment in time later represented or substantiated by an object deemed significant? Any number of agents or objects are able to mediate a connection between self and place. This can include digital artefacts as the materiality of the object is not as important as the meaning that is invested into it. Yasmin Ibrahim (2018) states that “The ubiquitous imaging of our everyday lives through mobile devices in the age of convergence has created a fluidity between our visuality and our modes of production online. As we capture and upload images pervasively through mobile technologies, we are forming new intimacies with immateriality in modernity through digital platforms.” 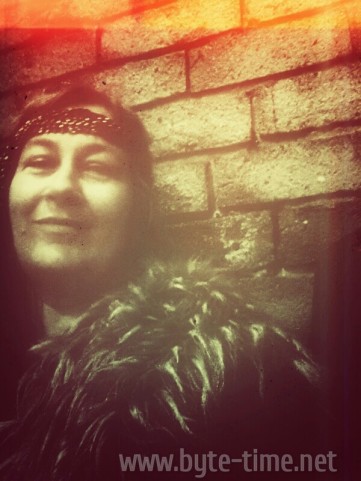 Tim Dant (1999) described the role of the object as a mediating one; “one that carries communications between people – information, emotions, ideas and expressions that could have been communicated by speech, gesture, touch or expression – if the people had been with each other.”

So what does that have to do with our technology consumed society where all the answers to the universe can be held in your pocket? Everything.

Sherry Turkle (2015) talked about how robots could never have empathy. Yes, she is correct, but we are already using other forms of technology as conduits for that empathy, desire and nostalgia. In that context, Dant’s proposition of the mediating object resonates.

Christopher Shaw and Malcolm Chase in “The dimensions of nostalgia” The imagined past: history and nostalgia (1989) argue that “Of all these emblems of how we were, the photograph has been identified as the paradigm case of the moment of nostalgia. They also state that photography is an elegiac art, a twilight zone…. All photographs are memento mori.”

What is also important to consider is the context of place/site of desire and the materiality of the object that has that invested energy. If it is a commercially procured item, where was it made, who made it and what impact did it have? These are questions that are forgotten in the process of re-situating an object devoid of meaning to one having significance as a keepsake. This is not a conversation about object and subject, rather it is the contextuality of the object and the relationships to people and place that gives the object power.

Susan Stewart’s On Longing (1993) provides a highly detailed analysis of the souvenir, noting the role of the body in relation to its perceived surroundings. She outlines the difficulty in simultaneously imagining self as place, object and agent, referencing the work of Mikhail Bakhtin and his discussion of the carnival grotesque as an example of the unification of these three elements of self. Stewart also establishes the role of performance as a catalyst in this scenario, acting as a signifier of the present, focusing specifically on how it operates as a temporal zone that includes all three aspects of self.

This is an impossible space for a fetish or souvenir to occupy beyond the moment of transcendence and contact, primarily because this is the moment of transformation for the tourist/possessor and object, after that the object and its meaning are rendered nostalgic.

As the transference from experience to memory takes place, the lived relation of the body to the phenomenological world becomes abstracted. As such, the association with the object/event ultimately belongs to the mythological domain of nostalgia. By having its moment translated into a fetish object; the object replaces (in material form) the memory of the body.

Beyond this experience, time is captured or mediated by way of the object, as the moment is gone. Memories to flick through on your hand-held device, now entering the time-space of eternity – memento mori. The argument that time is invisible follows Bakhtin’s notion of the grotesque. Social relations and performance are situated in the temporal space of the phenomenological world. Nostalgia and fetishism are both reliant on a past event to define their existence. In the case of nostalgia that transcribed moment is signified by feelings of longing, in the fetish we see it manifested in the object feelings of desire (Stewart 1993).

Additionally, as much as the souvenir and its nostalgia is removed from the bodily experience of now, it acts as a proxy for the body, a stand in, presented as an extension of the subject, connecting them to the past. Because the object (souvenir) exists outside of the self, its materiality alone can never disclose its meanings and narrative. It relies completely on its partiality and social relation to the owner to actually be of any significance or meaning (Benson). In other words, these objects have no meaning on their own, rather meaning comes from the owners connection to the object.

The contemporary example of the Instagram or Facebook feed is testimony to the human desire to document and memorialise experience. These physical and virtual objects shape our perception of the world through the context of memory, while simultaneously offering us the future possibility of new experiences and avatars of ourselves.

Stewart, S. On longing: narratives of the miniature, the gigantic, the souvenir, the collection Durham, N.C.: Duke University Press, 1993.

Wilkie, R. (2011) The Ideology of the Digital Me. In The Digital Condition: Class and Culture in the Information Network. New York: Fordham University