Today I ventured back to Klockkarstua, where my family is recorded in the parish book of the old Hurum church. I also went because there is a Culture House and artist studios across the road and they have asked me to show my “Journey of the Ancients” work at a weekend of talks, music and art focusing on spirituality and the natural world.

I have tried to get into the church several times but it is usually locked and only open one Sunday a month. I wanted to pray here, to give thanks and to meditate on the journeys taken by my ancestors in hope of a better future. I embody that imagined future of my ancestors. 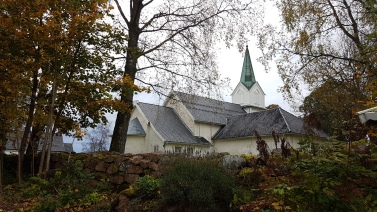 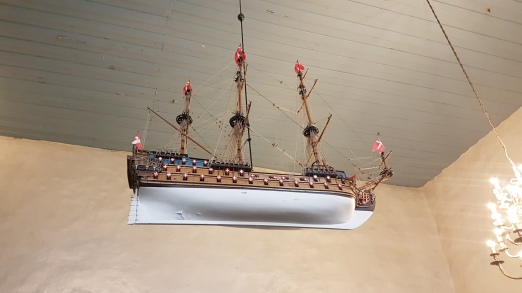 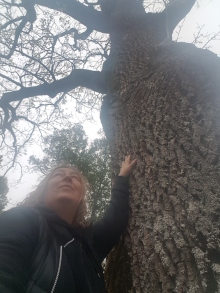 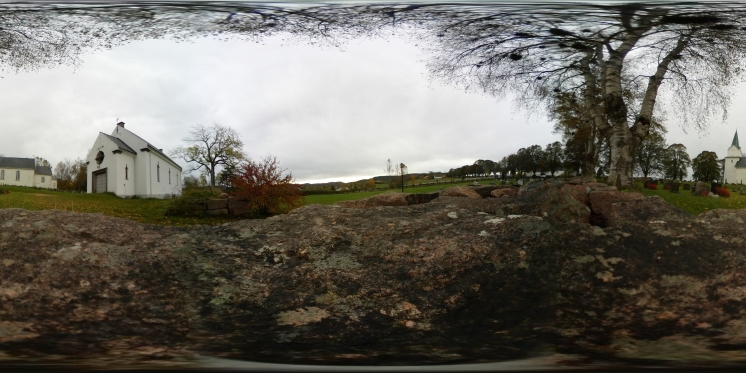 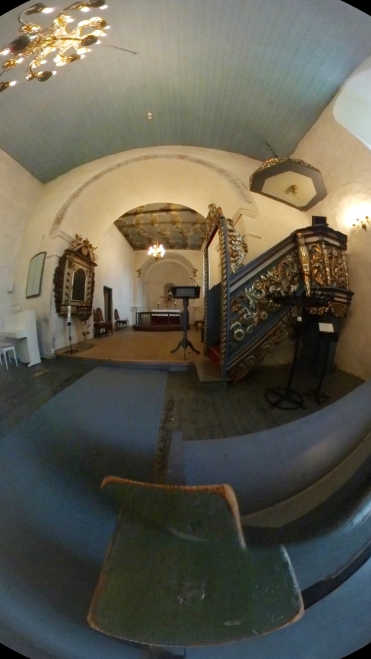 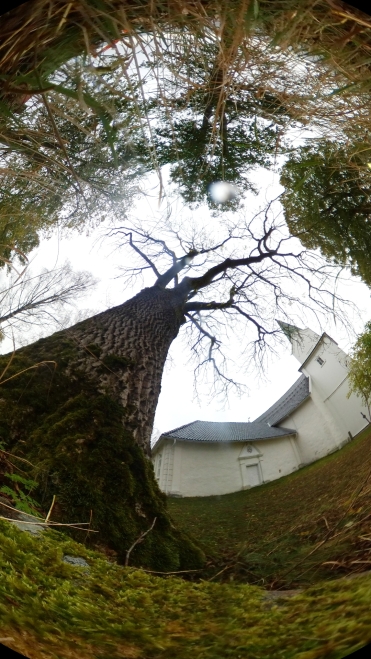 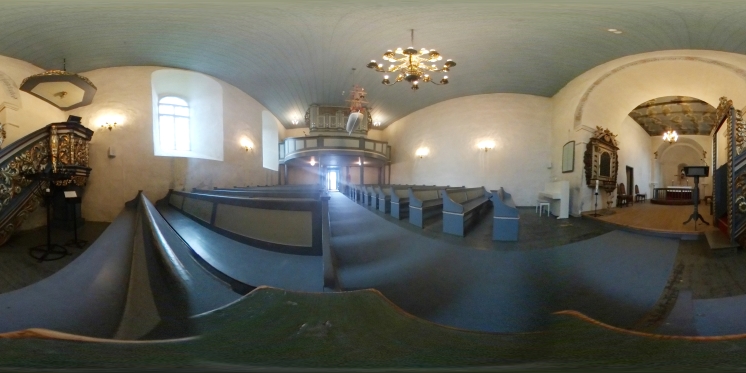 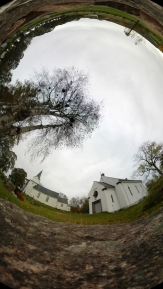 It was not expected that the church was open today.

As I walked up the hill from the bus I heard the church bell. My heart quickened. It was open. I guessed there was a private event so I stuck my head through the back door and was told to come back in an hour as there was a funeral.

It was raining but I wandered around discreetly nearby outside the grounds, taking shelter under some of the old trees.

When I went back after the community of mourners had departed I was told I had ‘a few minutes’ by one of the attendants. She spoke to a man, who I guess was the pastor – me not understanding what was going on. I sat in the pew quietly. He sat besides me and asked “where are you from”. A key tuned in the lock. When he, Perl, realised this was the church of my ancestors, he gave me a guided tour – I even got to visit the bell tower and the crypt of a famous family from the area. The bell on the left is from the 1600s and the one on the right is from the 1700s. Perl was the person ringing the bell – I laughed and told him “you were calling me!”

Perl also has a long connection to the church and he has ancestors buried in the grave yard and he showed me some of the family graves as well as some of the old graves – on of which was marked Berntsen. I do not think this was a relative but who knows? Some mysteries are not meant to be exposed. Perl also told me that everyone congregates at the old church at Christmas – that would be an amazing experience ❤

One of my most adored passages from the Bible – Corinthians Chapter 1, Verse 13 sang to me as I sat at the church.

I love it for many reasons – it was first reading I did at a service at Christchurch Cathedral in Darwin not long after I was confirmed. It was also very special to my Nana – my Dad’s Mum. Also – it was a reading at our wedding and Marty’s Mum and my Mum read it together – so this passage is steeped in meaning and memory. The version below is not the one I remember so if any readers have versions they prefer I would love for you to share.

So now faith, hope, and love abide, these three; but the greatest of these is love.

I also love the King James Version – the language is very evocative – though the use of the word charity shifts the meaning somewhat. Love in the context of the reading is taken from ‘agape’ – brotherly or universal love. I like the connection to the three Graces – faith, hope and love and also the connection to the Norns or the Fates.

Though I speak with the tongues of men and of angels, and have not charity, I am become as sounding brass, or a tinkling cymbal.

And though I have the gift of prophecy, and understand all mysteries, and all knowledge; and though I have all faith, so that I could remove mountains, and have not charity, I am nothing.

And though I bestow all my goods to feed the poor, and though I give my body to be burned, and have not charity, it profiteth me nothing.

Charity suffereth long, and is kind; charity envieth not; charity vaunteth not itself, is not puffed up,

Doth not behave itself unseemly, seeketh not her own, is not easily provoked, thinketh no evil;

Rejoiceth not in iniquity, but rejoiceth in the truth;

For we know in part, and we prophesy in part.

For now we see through a glass, darkly; but then face to face: now I know in part; but then shall I know even as also I am known.

And now abideth faith, hope, charity, these three; but the greatest of these is charity.